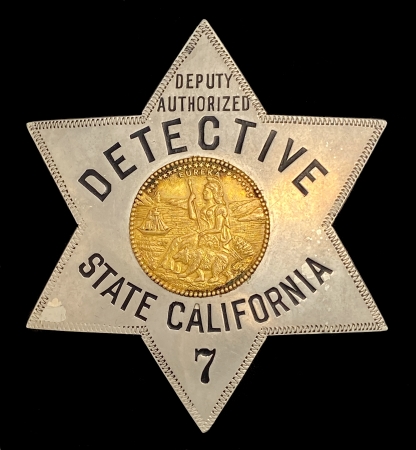 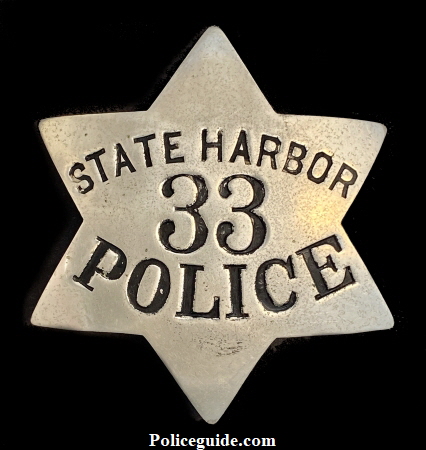 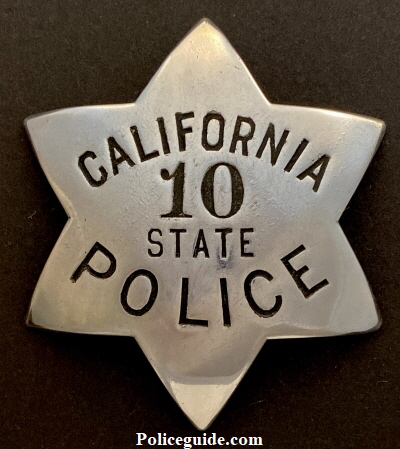 1st issue California State Harbor Police badge #33
made by Patrick Maker S. F. Cal.
The 1929 act provided for the issuance and sale of state bonds to create a fund for the improvement of San Francisco Harbor by the California Board of State Harbor Commissioners. 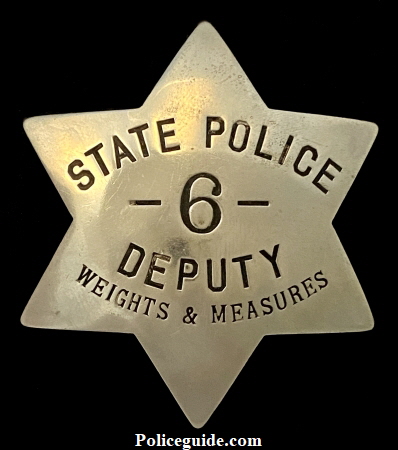 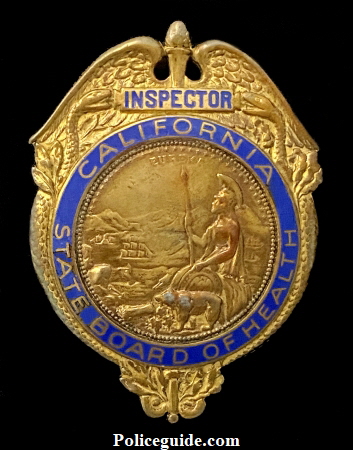 Inspector California State Board of Health, made by
Shreve & Co. S. F. Cal. circa 1914. 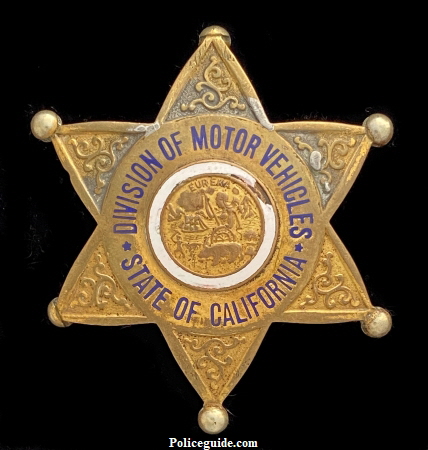 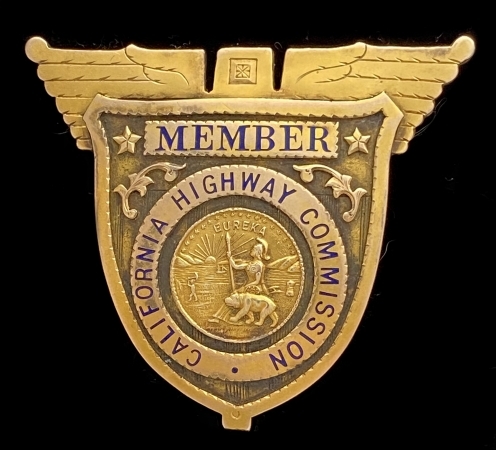 Presented on the reverse to Frank A. Tetley  August 10, 1931.  Hallmarked Irvine & Jachens S. F.   He was appointed to the Commission in Jan. 1931 to represent Riverside County.