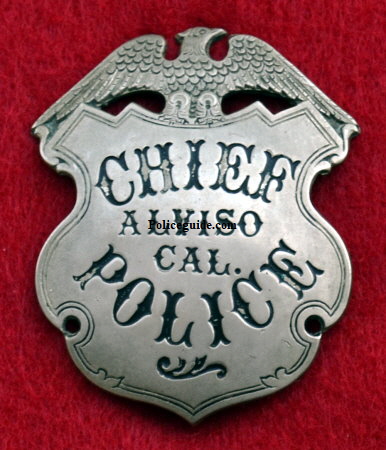 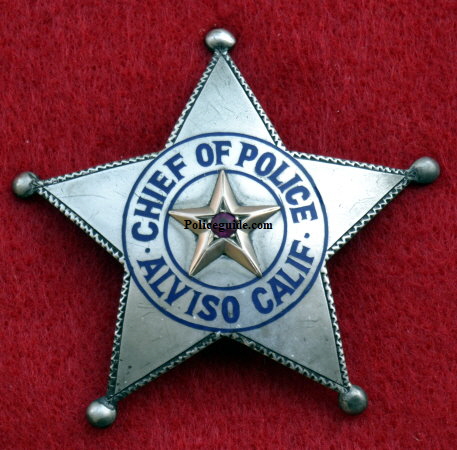 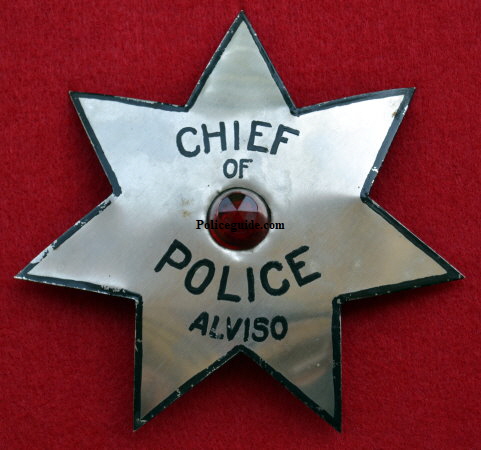 The last person to serve as Chief in Alviso was Arnold Pat Chew from 1954-1968 when the town was absorbed into the City of San Jose.

Chief Bacigalupi was not impressed with the badge and wanted one more fitting to his office.   Some time in 1921 he was presented with the sterling silver badge shown to the right.  However, before the presentation was made the Mayor and friends of the Chief presented him with an enormous badge adorned with a bicycle refector in the center as a joke. See picture below.

J. L. Mayne served as Marshal of Alviso and then Chief of Police but he was also the Constable of Alviso. 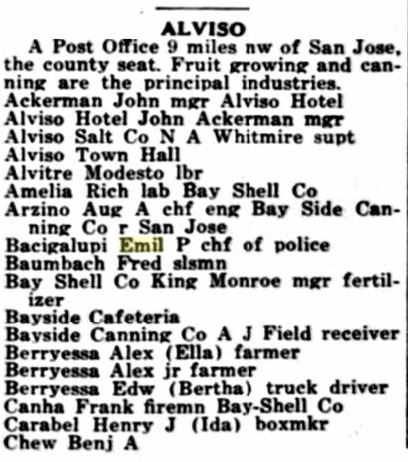