From "Our Police Protectors" by A. E. Costello:
The number of Marshals attached to the Police office at the Halls of Justice was thirty.
They received no salary for their services, their fees being regulated by an act of the legislature passed in 1833:
and for extra services, by an ordinance of the Common Council, they were paid one shilling per hour for every hour they
were employed undeer the direction of a Magistrate in the day time, and eighteen pence per hour for the same services at
night.  They wewre compelled to render an account of such services under oath.

In his message of July 24, 1843, Mayor Morris conceived the idea of organizing the hundred Police Marshals,
who received their appointments from the Mayor, and of dividing them into Watches.

Lankevich, George L. (1998). American Metropolis: A History of New York City. NYU Press. pp. 84–85:
Prior to the establishment of the NYPD, New York City's population of about 320,000 was served by a force
consisting of 1 night watch, 100 city marshals, 31 constables, and 51 municipal police officers. 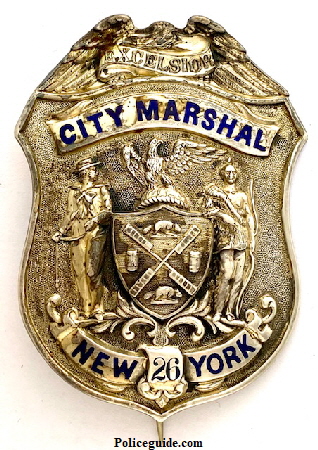 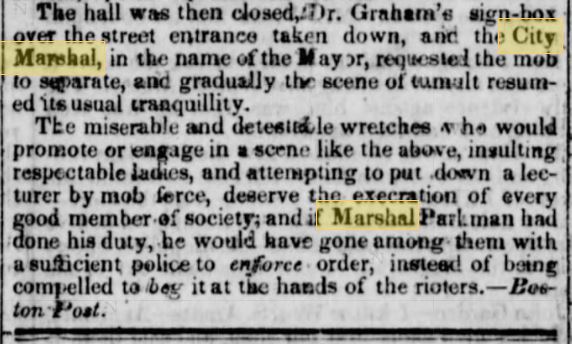 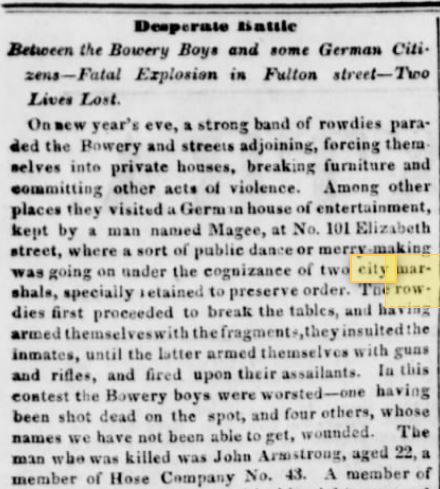 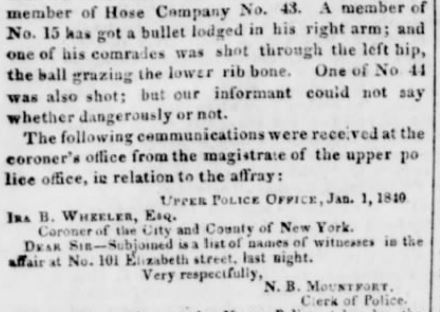