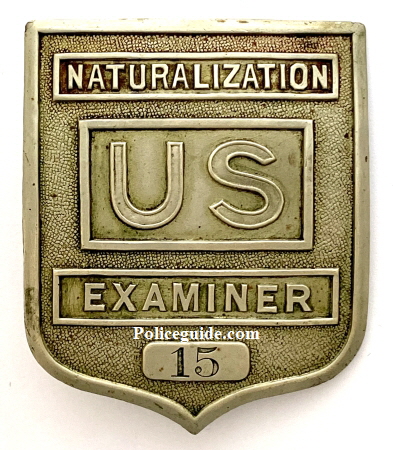 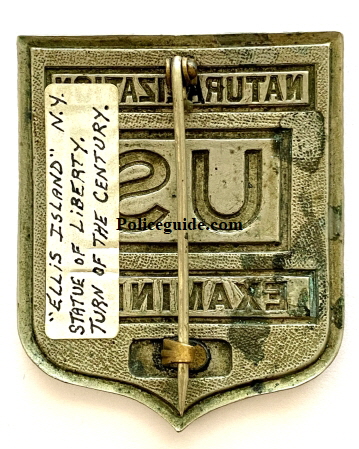 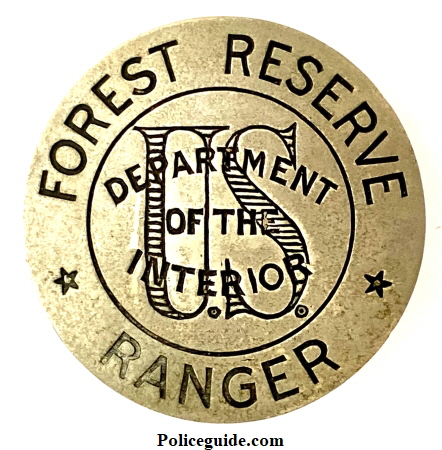 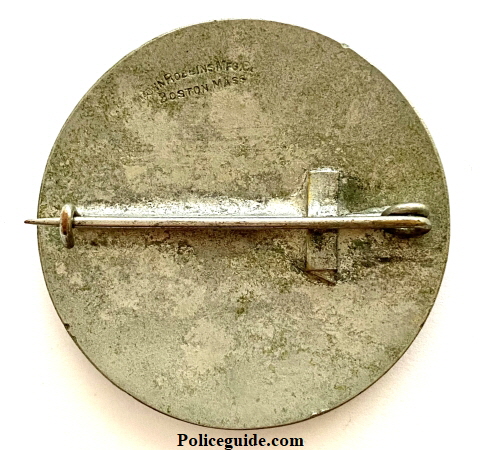 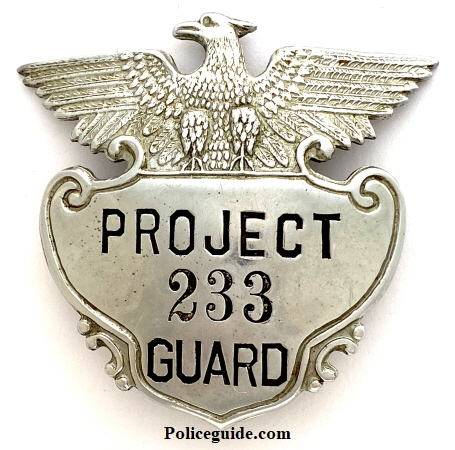 The Bureau of Naturalization

Ellis Island
A division under direct control of the Bureau at Washington is maintained at ellis Island Immigration Station in New York Harbor.

The basic duties of naturalization examiners regardless of assignment are to appear on behalf of the United States Government before courts i nnaturalization prodceedings with the right to examine and cross-examine the petitioner and witnesses produced in support of his right to admission to citizenship.
The label affixed to the back of this badge is incorrect. The Statue of Liberty is not on Ellis Island but rather LIberty Island.

Only personnel properly trained were allowed near the storage and handling of U-233.  Guards were required to have this special training.  The United States produced, over the course of the Cold War, approximately 2 metric tons of uranium-233, in varying levels of chemical and isotopic purity. These were produced at the Hanford Site and Savannah River Site in reactors that were designed for the production of plutonium-239.

Uses for uranium-233 include the production of the medical isotopes actinium-225 and bismuth-213 which are among its daughters, low-mass nuclear reactors for space travel applications, use as an isotopic tracer, nuclear weapons research, and reactor fuel research including the thorium fuel cycle.

The radioisotope bismuth-213 is a decay product of uranium-233; it has promise for the treatment of certain types of cancer, including acute myeloid leukemia and cancers of the pancreas, kidneys and other organs.