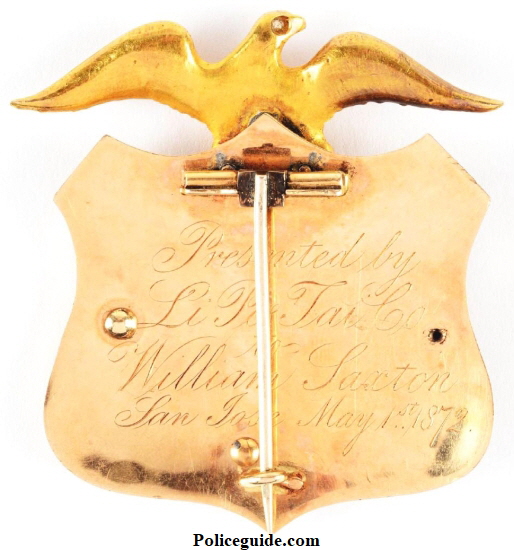 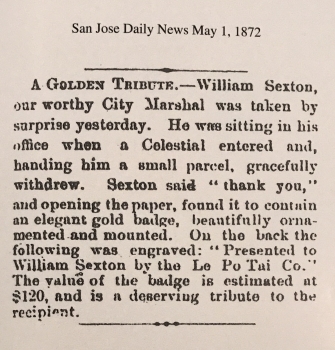 Li Po Tai was a well known Chinese doctor in San Francisco with many well known and prominent citizens seeking his medical help.  Despite his reputation and good name he was familiar with the discrimination being exhibited towards the Chinese.
It is probable that Marshal Sexton treated him fairly and protected him from some false complaint.

The badge was no doubt fashioned by a San Francisco jeweler and the spelling of the Marshal’s name was incorrect, possibly due to the jeweler not hearing the name correctly when spoken with a Chinese accent. 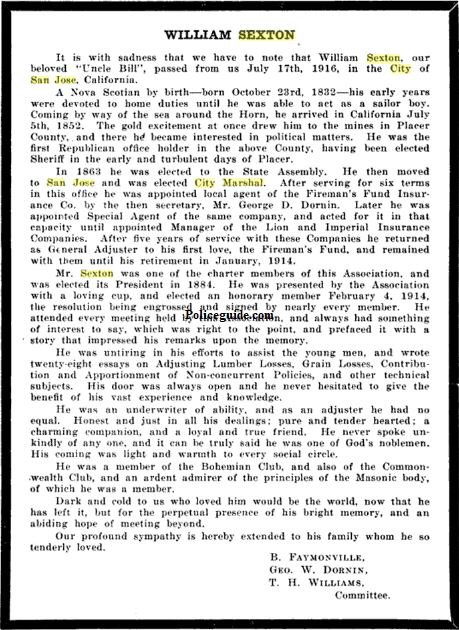 William Sexton, California Pioneer who served as Sheriff of Placer County before moving to San Jose where he served as City Marshal. 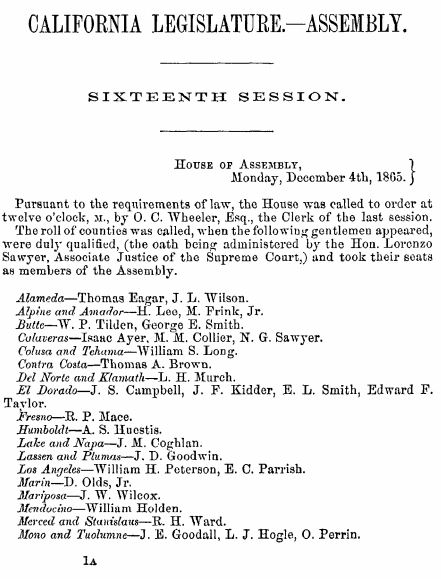 The people of Placer County elected Wm. Sexton as their Sheriff and then elected him to the California State Legislature for the 1965-66 Session.  He then moved to San Jose and was elected City Marshal. 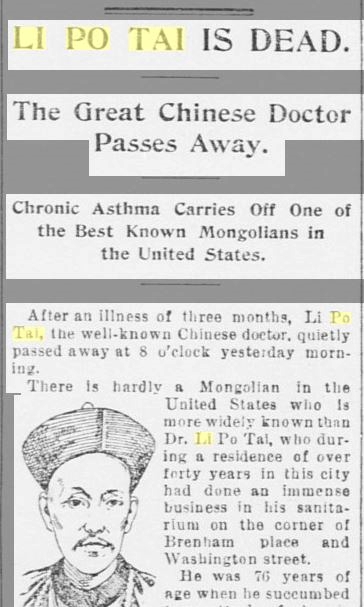 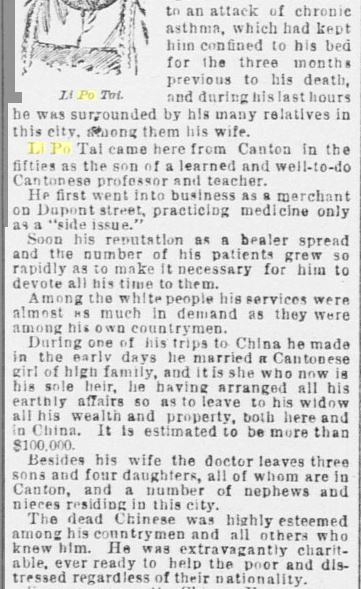 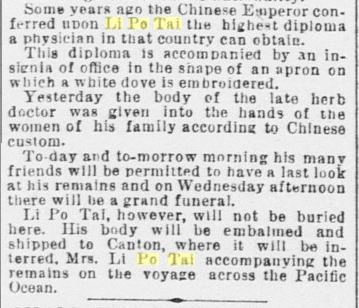 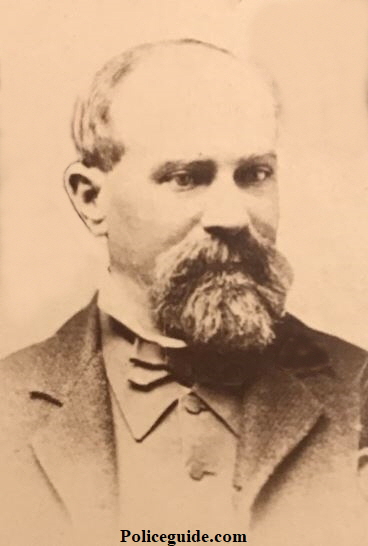 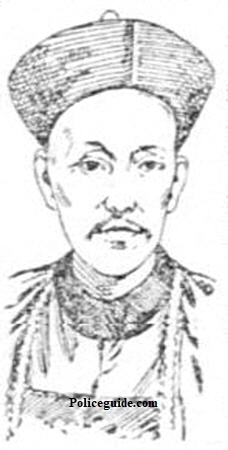 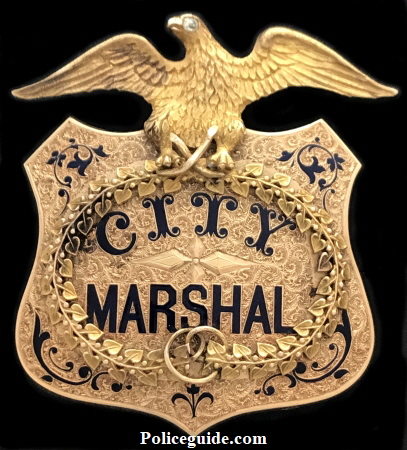