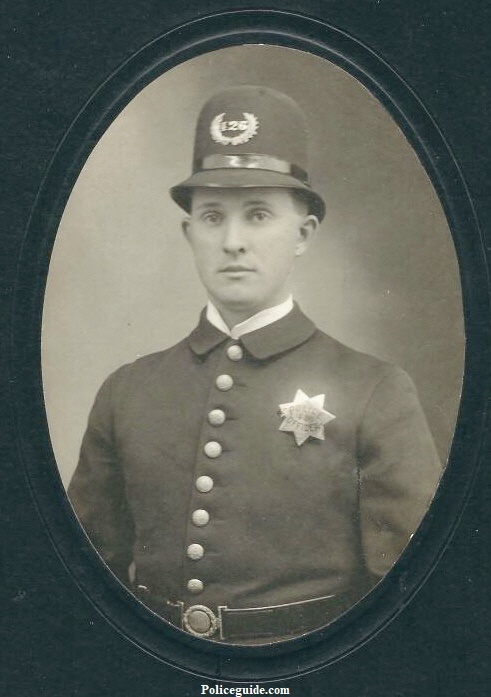 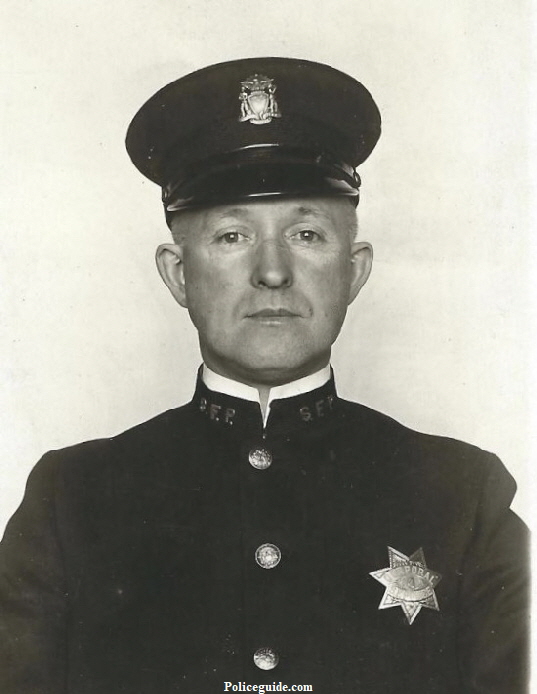 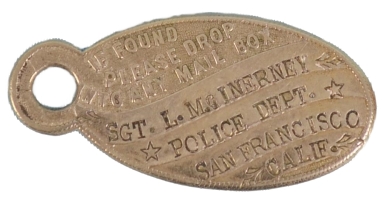 On May 22, 1944 McInerney decided to go back to work and was sworn in as a Deputy United States Marshal for the Northern District of California. 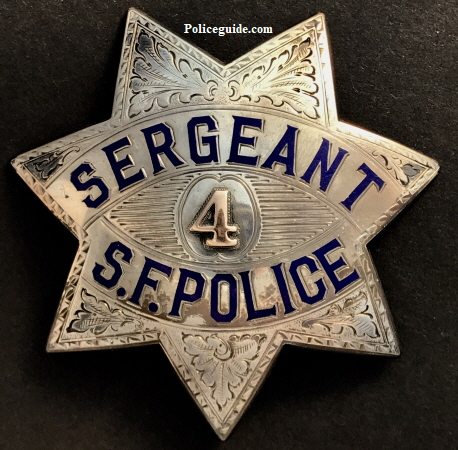 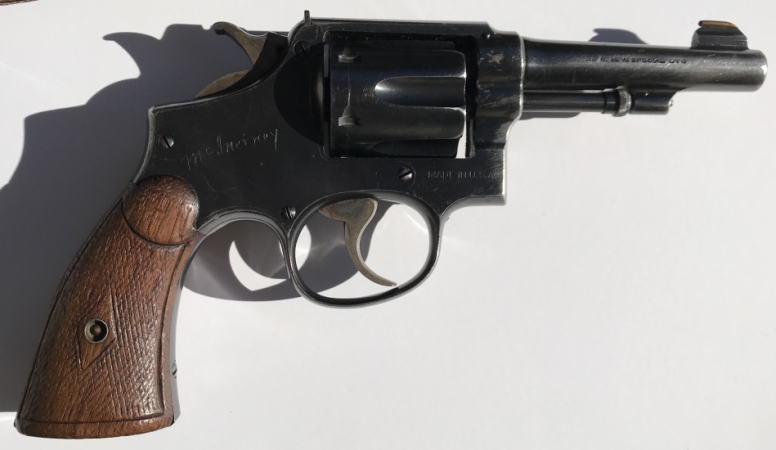 Lawrence McInerney's Smith & Wesson .38 Military & Police Model of 1905 Fourth Change which occured in 1915 and was produced until 1942.  It was shipped from the factory on February 23, 1925 with a 4" barrel, blue finish, and checkered walnut square butt grips.  McInerney inscribed his name on both sides of the revolver.

This is the uniform holster that McInerney carried his .38 revolver in.

San Francisco Police Sergeant badge #4, made by
Irvine & Jachens 1027 Market St. S.F. and on the
reverse are stamped the date 2-24-24 and sterling. 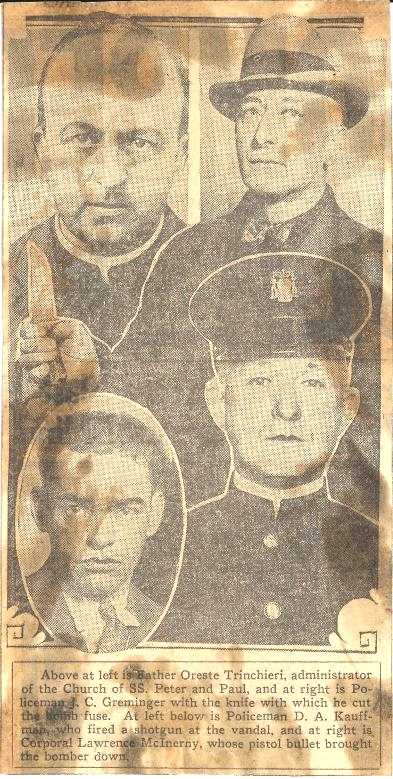 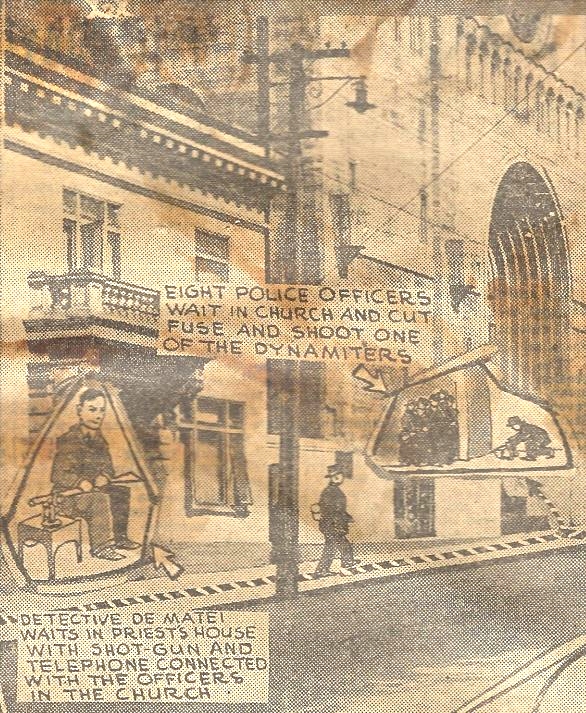 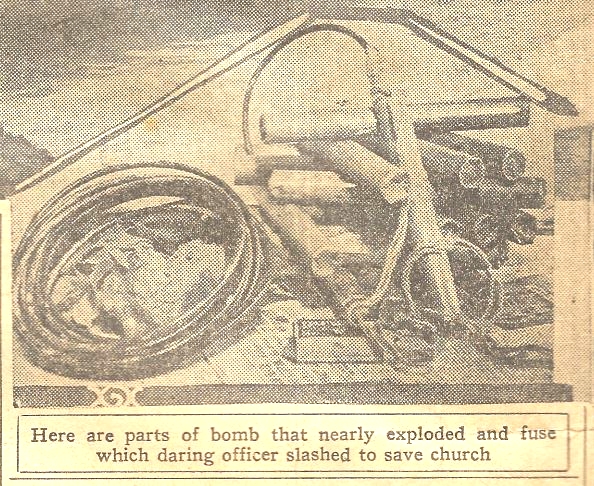 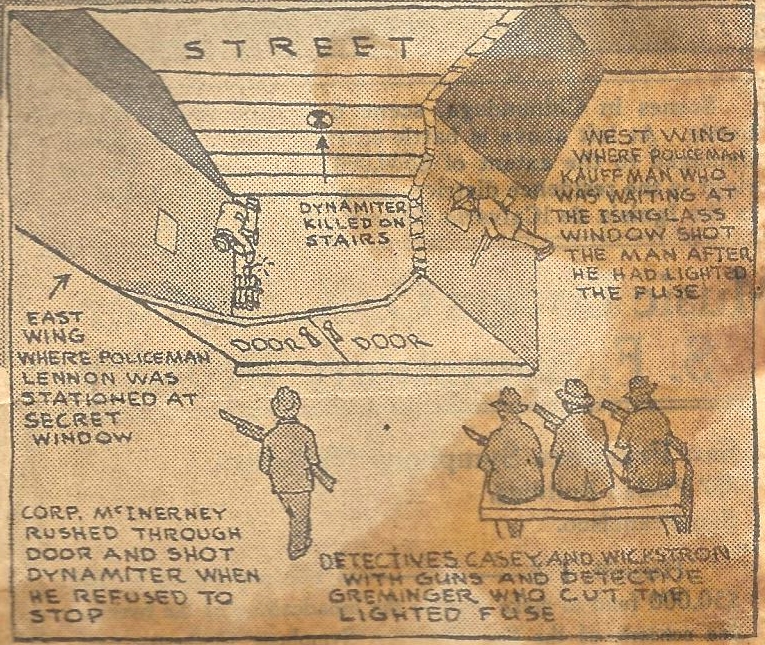 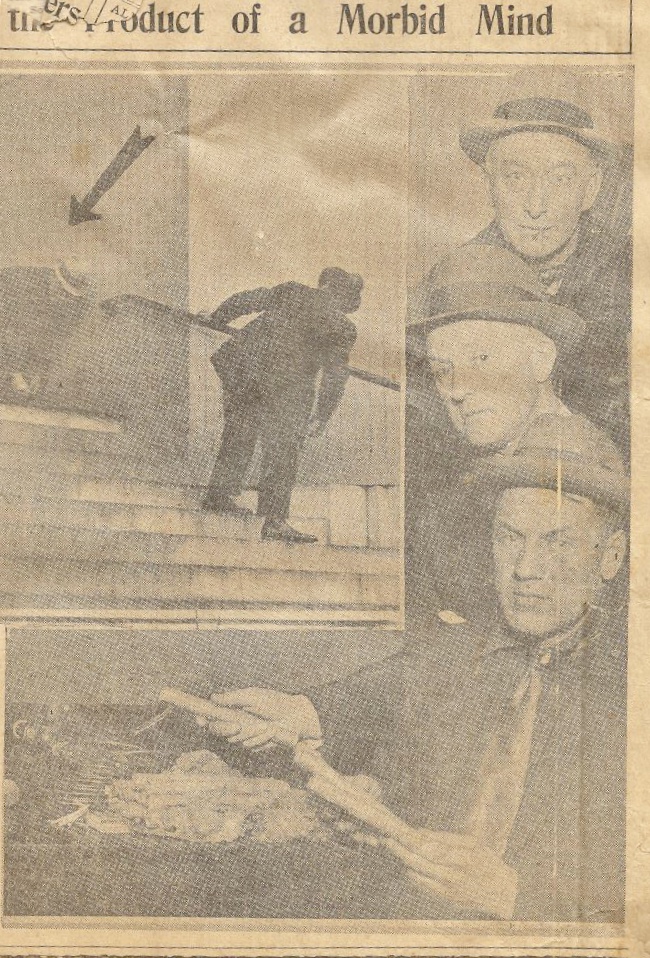 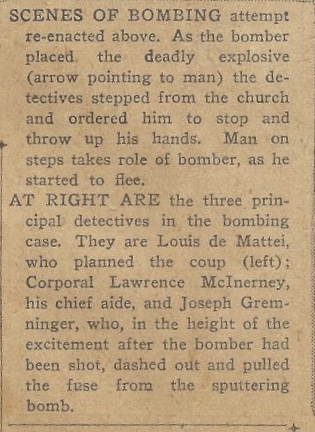 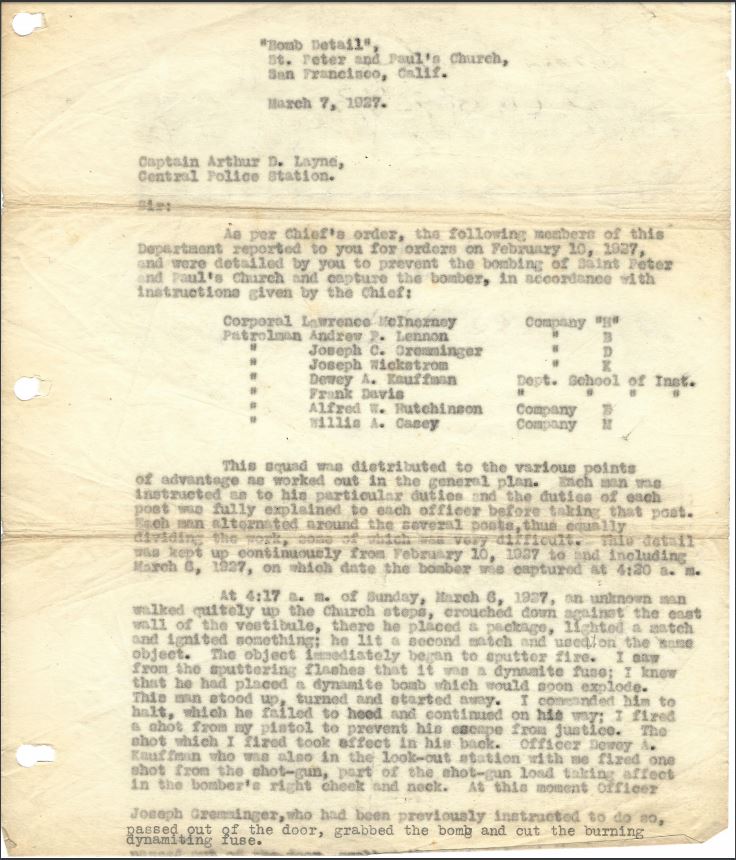 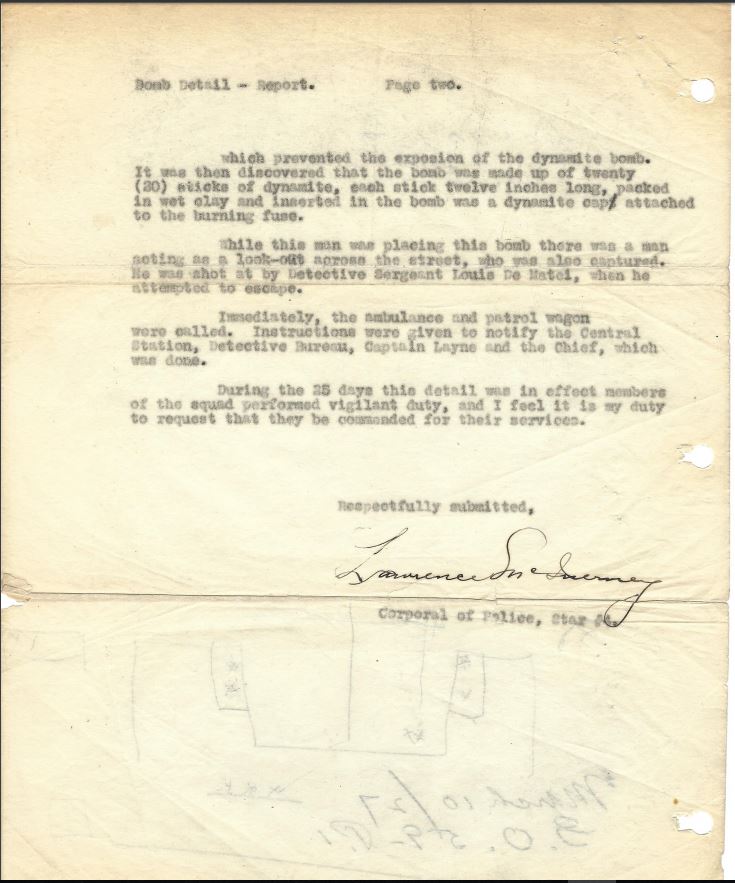 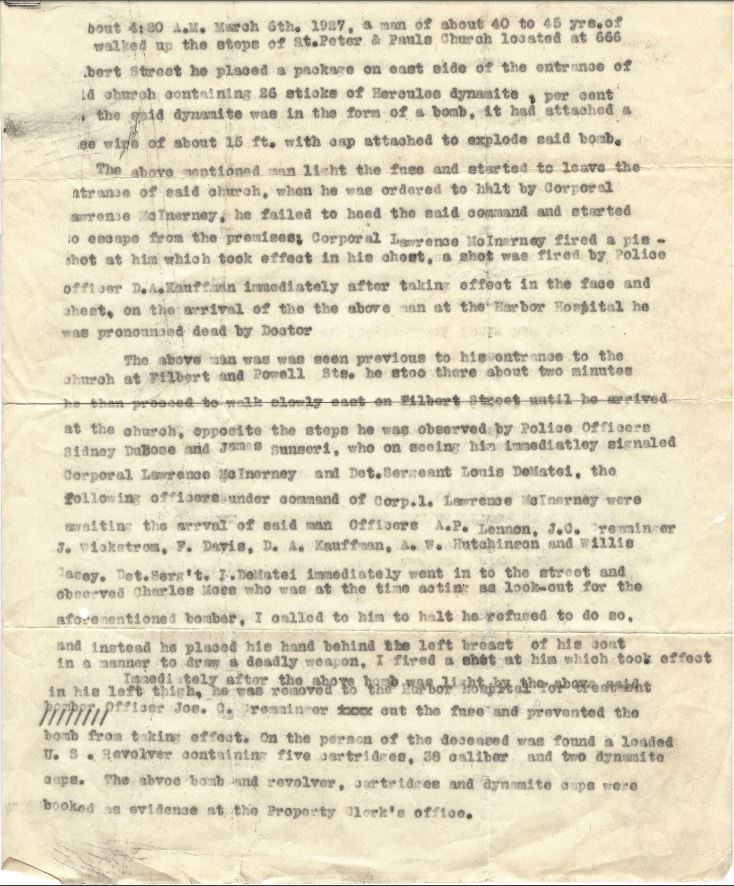 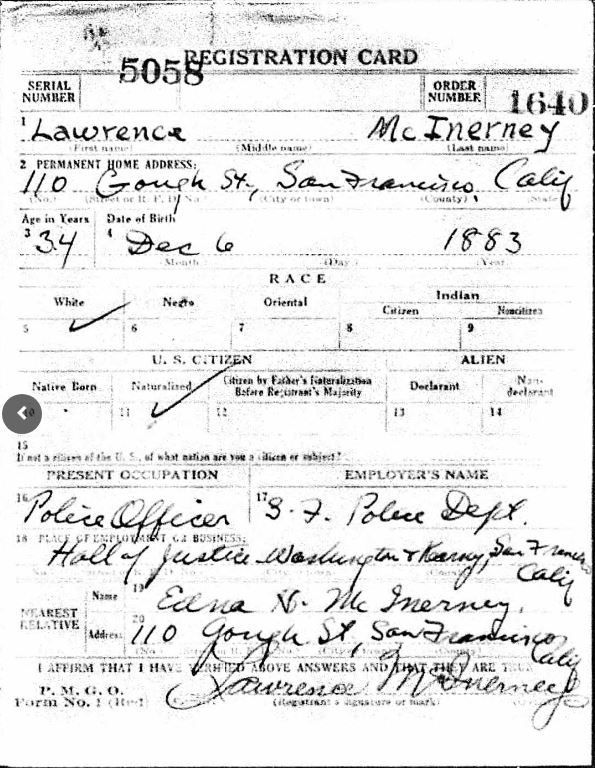 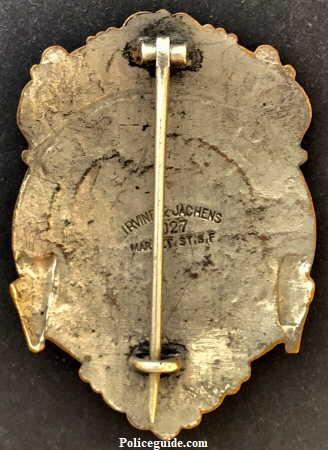 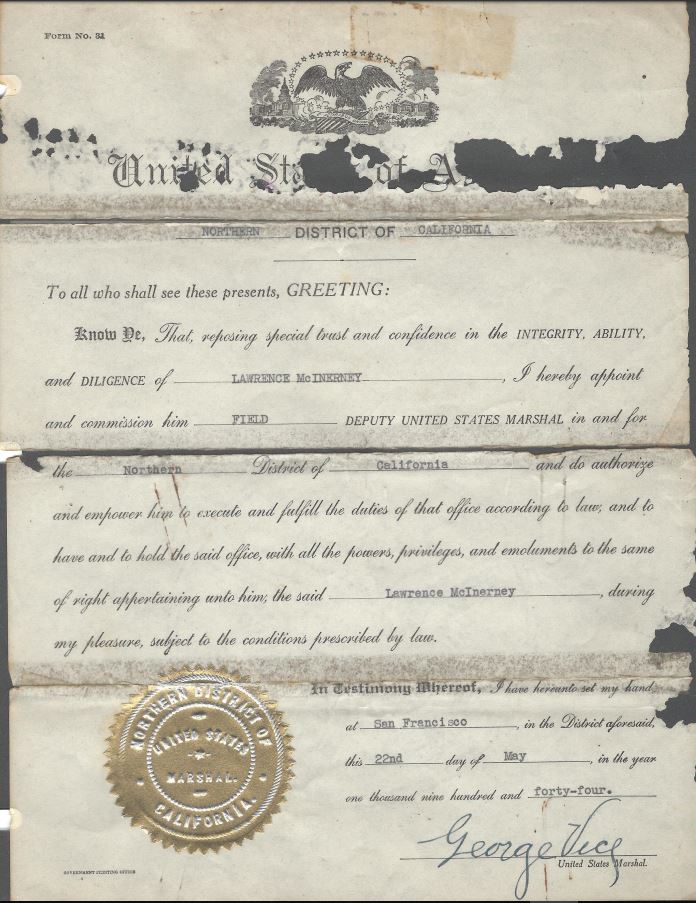 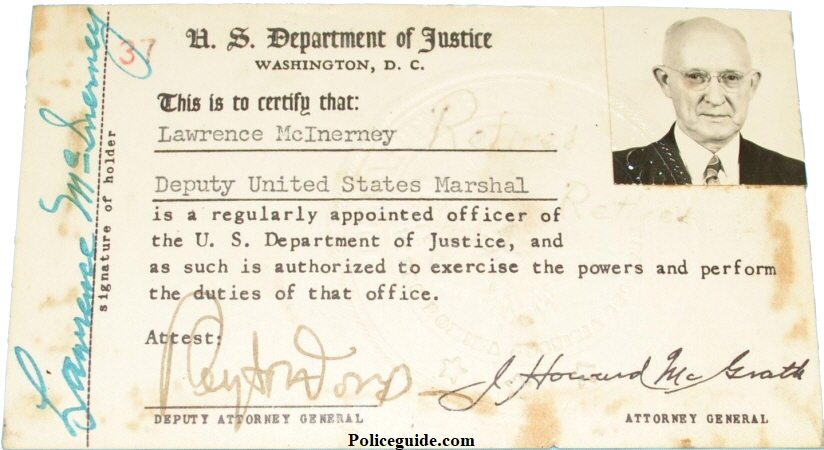 Lawrence McInerney’s Appointment certificate for the position of Field Deputy United States Marshal for the Northern District of California dated May 22, 1944 and signed by U.S. Marshal George Vice.

A family affair - Mrs. Edna McInerney was an Inspector for the San Francisco Department of Health and carried badge #18.

In 1926 San Francisco Saints Peter and Paul Church was terrorized with a series of bombings.  Articles from the San Francisco Examiner and original copies of police reports from Corporal McInerney who shot one of the bombers are below.

Above at left is Father Oreste Trinchieri, administrator of the Church of SS. Peter and Paul, and at right is Policeman J. C. Greminger with the knife with which he cut the bomb fuse.  At left below is Policeman D. A. Kauffman, who fired a shotgun at the vandal, and at right is
Corporal Lawrence McInerney, whose pistol bullet brought the bomber down. 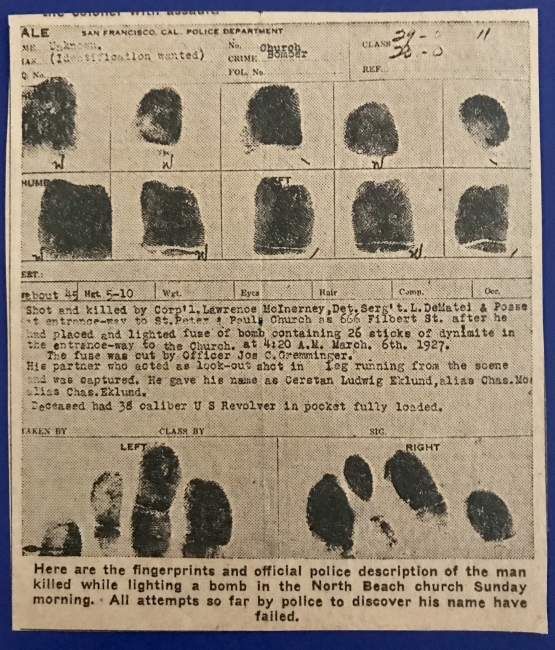 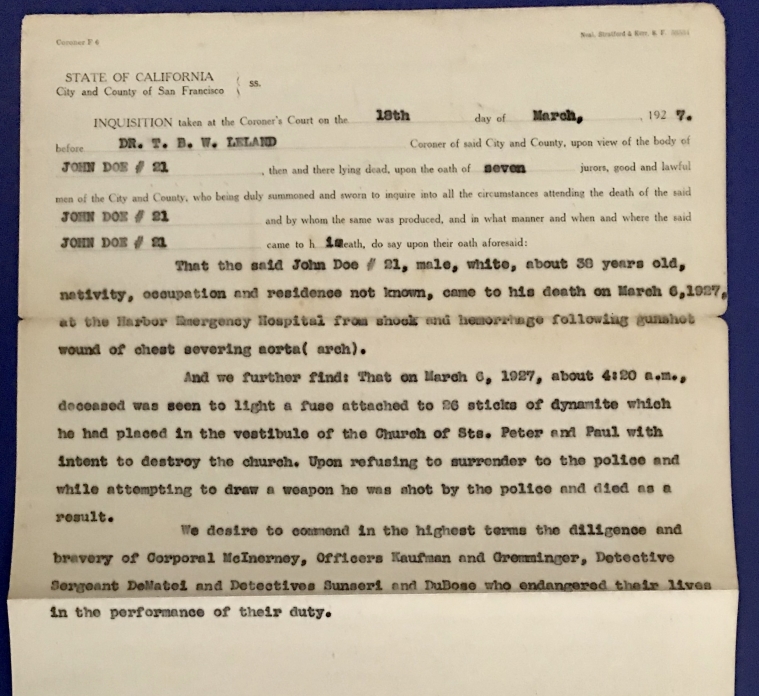 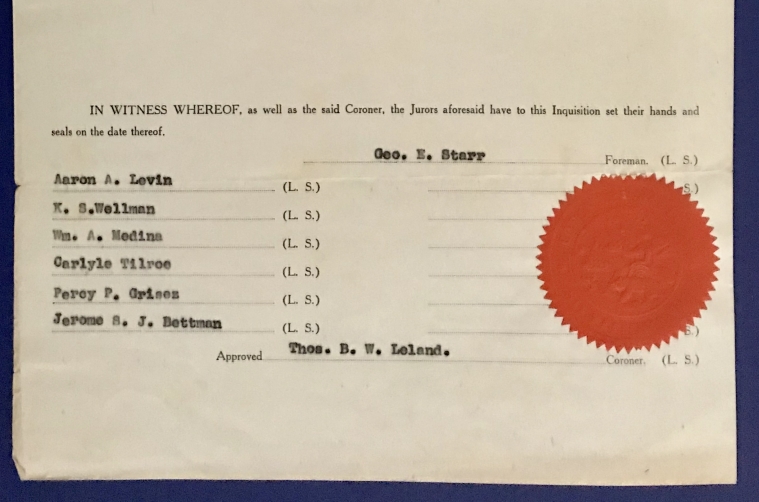 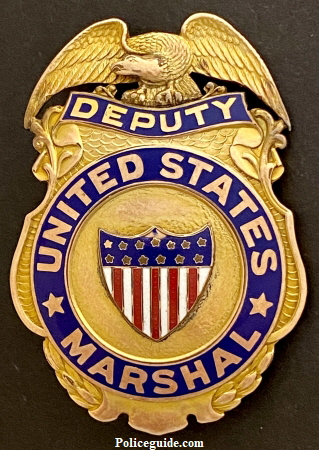 Deputy U. S. Marshal badge worn by Lawrence McInerney circa 1944.