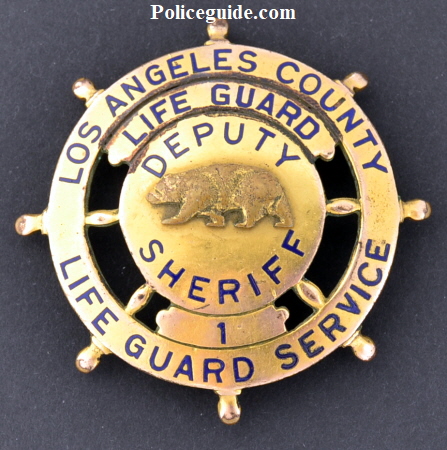 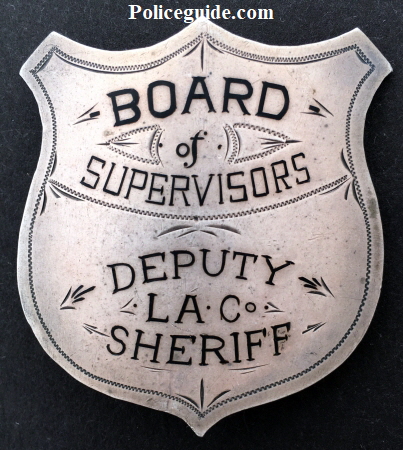 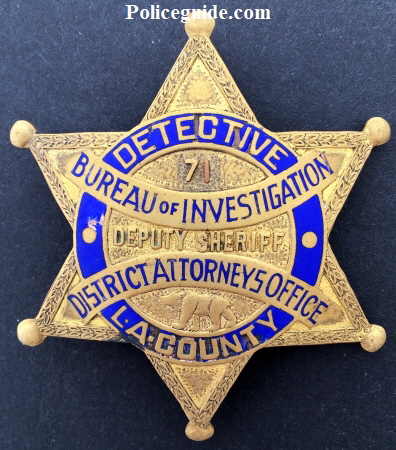 John C. Cline was elected Constable of the Los Angeles Township in 1884.

John C. Cline was elected Sheriff of Los Angeles County on the Republican ticket in November 1892 at the age of 33.  Upon taking office he was given authority to increase the number of deputies to twelve.

After serving his two-year term as Sheriff, Cline became active in national politics.  U.S. President McKinley appointed Cline to the office of Collector of Customs for the District of Los Angeles. Cline completed 2 four-year terms.
In November 1914, John Cline was once again elected Sheriff of Los Angeles County. 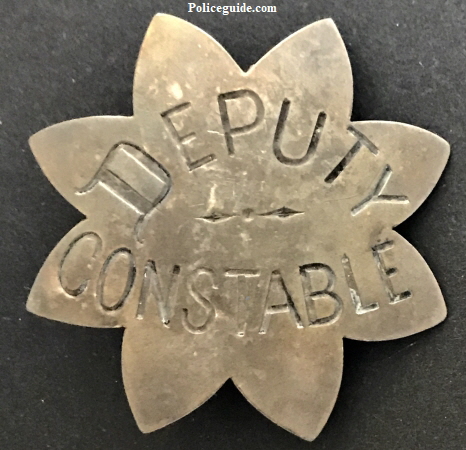 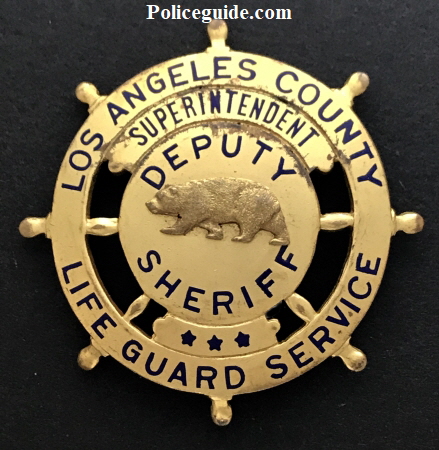 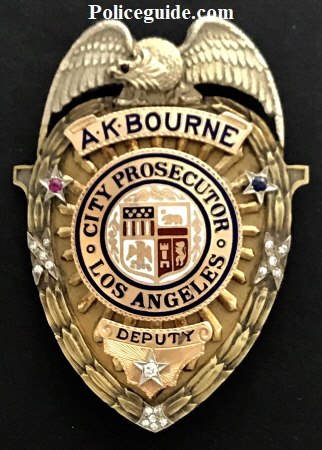 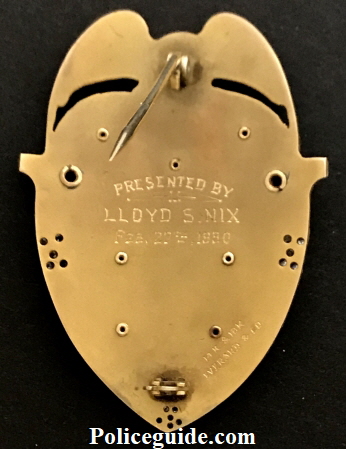 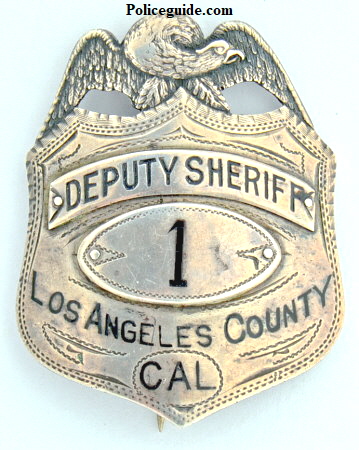 Circa 1899-1919, badges #1, 65, and 80 were made by M. Demas Jewelry. Badge #118 is made by Chipron Stamp Co.  The first badge order for this series, badges #1 - 50 were the result of a mistaken order. The entire order of badges were supposed to read Deputy Sheriff but were stamped Sheriff.  They were all sent back and had panels added to read Deputy Sheriff. Badge #65 was part of the 2nd order for badges and these originally had no number in the center. An engraved design was in the center until it was decided the badges should have numbers.  A numbered disc was riveted.  Badge #80 was part of the 3rd order and badge #118 was part of the 4th and final order of badges for this series. 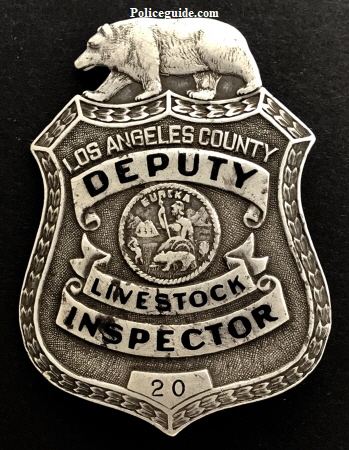 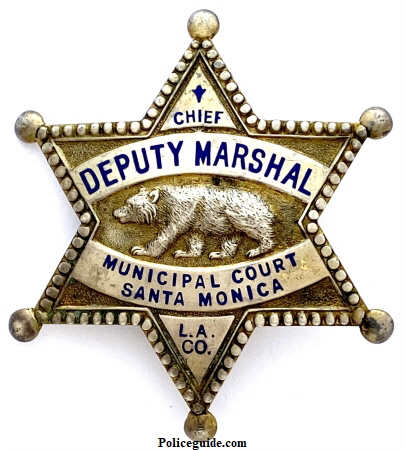