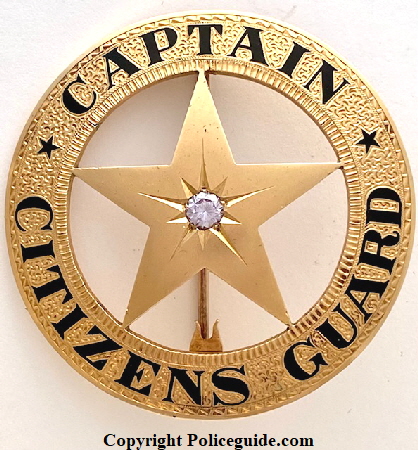 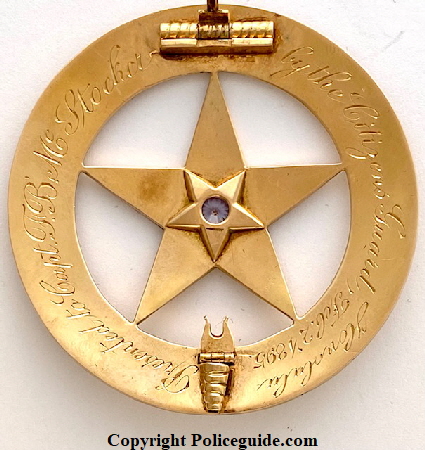 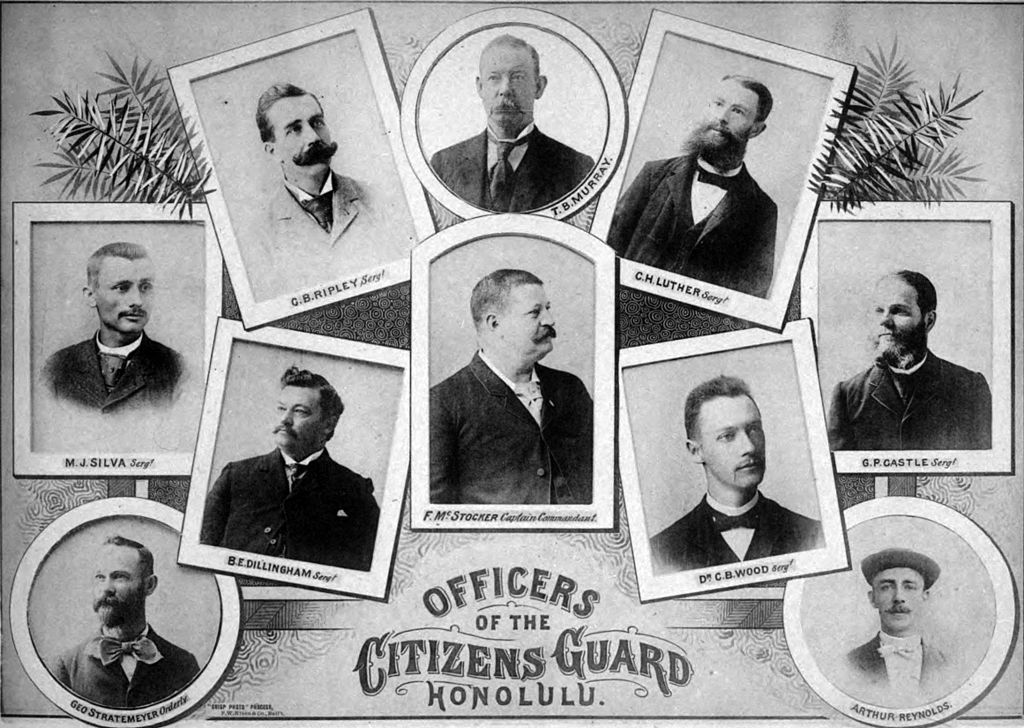 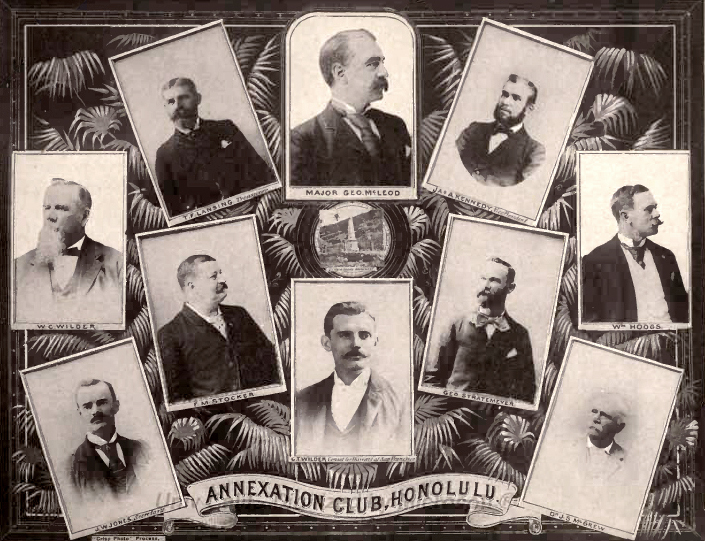 The Citizens Guard was organized by Frank B. McStocker,  chairman of the Annexation Club Executive Committee,  Attorney General  A.S. Hartwell, C. Stratemeyer and T.B.  Murray shortly after the establishment of the Provisional  Government in order to strengthen the cause of the  Annexation Party. The Citizens Guard initial organization  consisted of nine squads totaling 390 men.  After the 1895  Rebellion, the organization comprised over 600 volunteers.  The Citizens Guard was commissioned in 1893 by the  Marshal's Office under the Department of the Attorney General as Special Police Officers. It was an organized  volunteer militia and functioned as an emergency police force assisting the Sheriff's Departments on Oahu, Hawaii,  Maui and Kauai in maintaining law and order; preserving  peace and public safety; protecting life and property; and  defending the government against enemy attacks.  The Marshal was designated the Commander of the  Citizens Guard and commissioned the officers who commanded  the divisions. Company officers consisted of one captain,  two lieutenants, one orderly sergeant, one quartermaster sergeant, four sergeants, and four corporals who were elected by their respective company members. Companies were  commanded by Captains who were responsible for transmitting  orders; requisitioning and issuing supplies; maintaining  an inventory of stores; and compiling a complete company roster which consisted of names, rank, squad designation,  telephone number, occupation, and equipment issued. The  company captain or other senior officer maintained a daily  record of orders, instructions and events at company  headquarters.

On February 4, 1895 an article entitled “A Star for Frank” appeared on page 3 in the Honolulu newspaper The Hawaiian Star.  It reported that “W. P. O’Brien presided at the gathering of Citizens’ Guards at the station house Satruday night and on behalf of members made a presentation to Frank B. McStocker, Captain of the Guard.  Marshal Hitchcock placed a badge on the Captain’s breast and three cheers were given.  Mr. McStocker made an appropriate address, expressing gratification and complimenting the men.  The badge is a star of gold with a diamond in the center”.  Although it is not hallmarked it was very likely made by H. F. Wichman, prominent Honolulu jeweler and a first sergeant in the Citizens Guard.  Wichman served under Captain McStocker during the rebellion.

The following day on February 5, 1895 it was also reported in the Daily Bulletin of Honolulu on page 5 that “Frank B. McStocker, Captain of the Citizens’ Guarad, has been presented with a badge by that body.  The presentation was made in recognition of the ability with which Captain McStocker commanded that branch of the Government’s Forces in the rebellion”.

Finally, in the March, 1895 edition of The Friend, under the heading record of events, Feb 2, it was reported that “Capt. F. B. Mc Stocker was decorated with a badge by a number of the Citizens Guard”.  First known as the Friend of Temperance and Seamen and published monthly in Honolulu beginning in 1845, the paper was devoted to the “moral and religious interests of Hawaii”.  The publisher stated that it “was the oldest paper in the Pacific”. 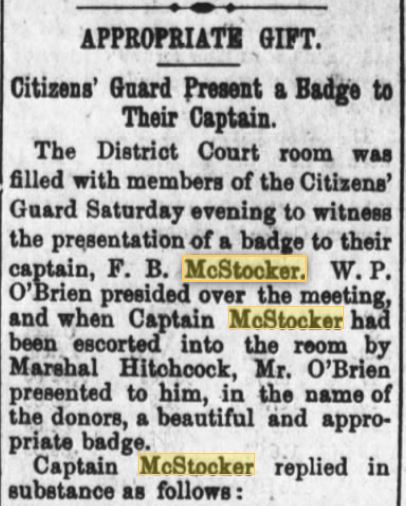 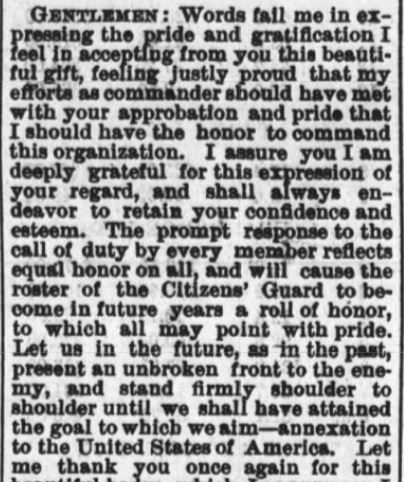 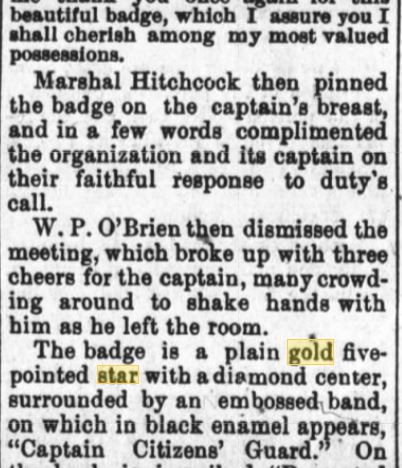 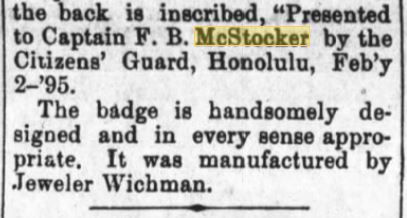 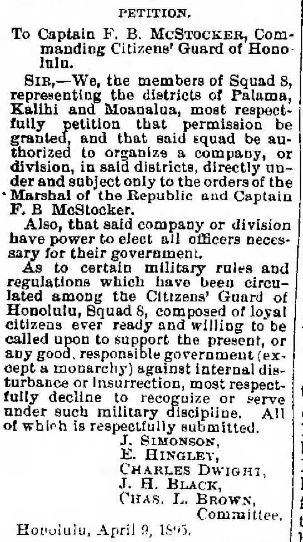 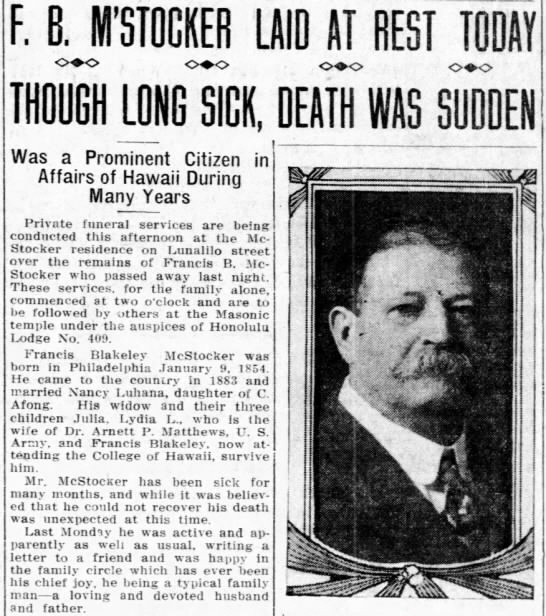 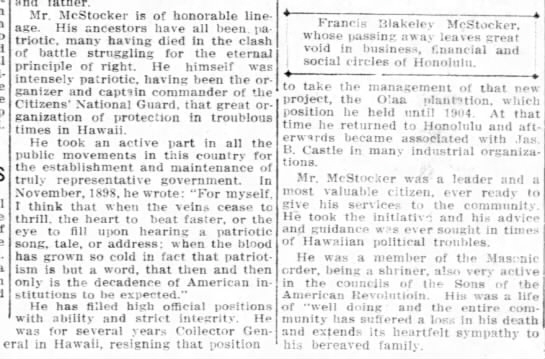 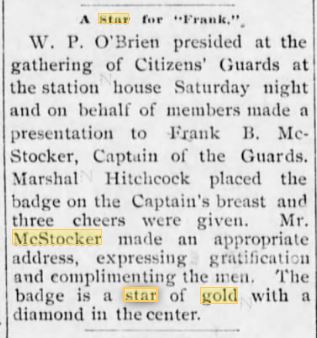 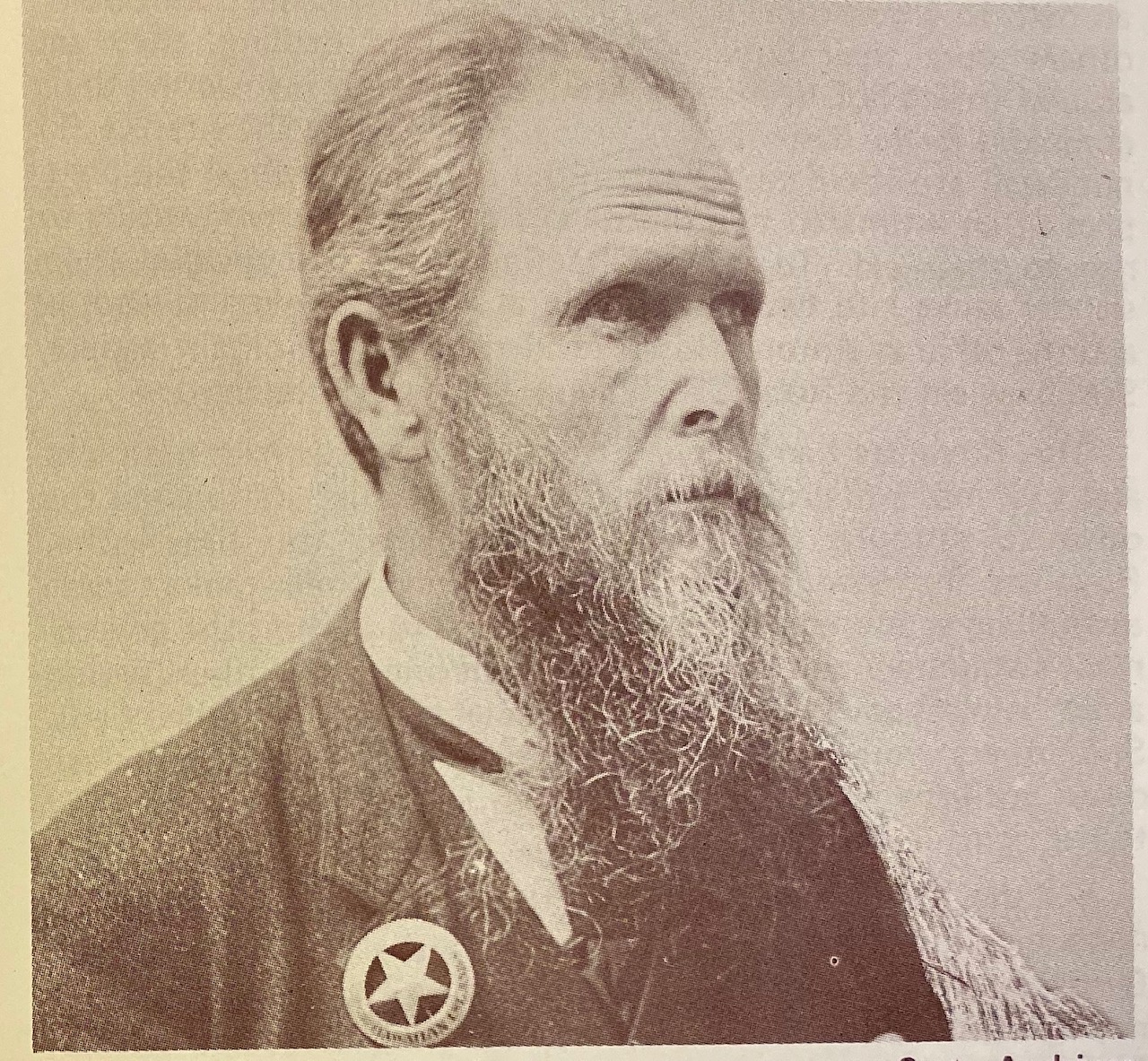 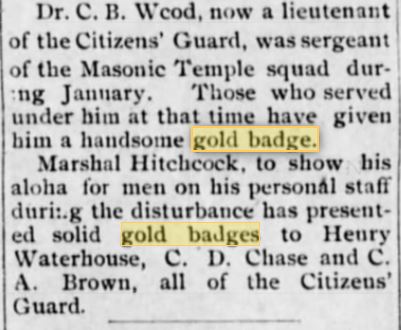 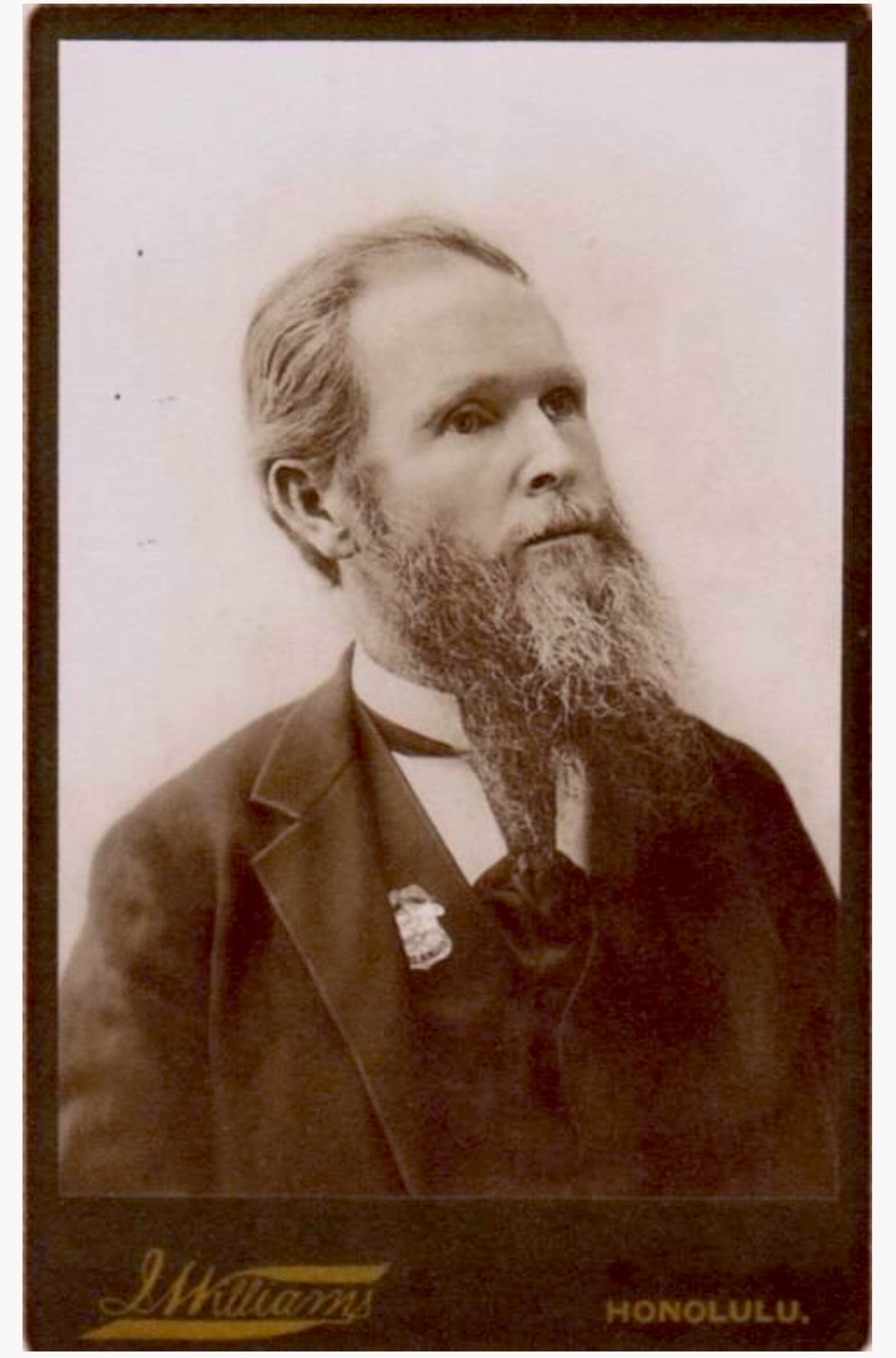