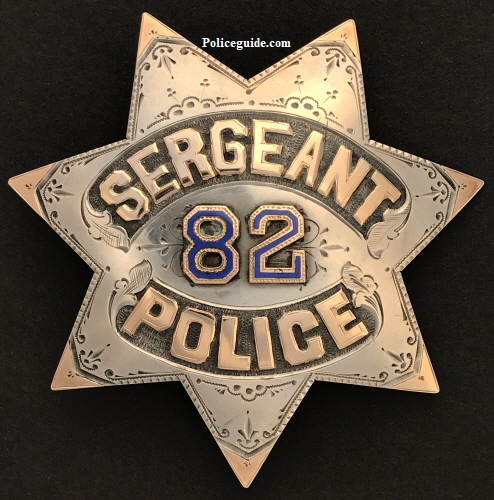 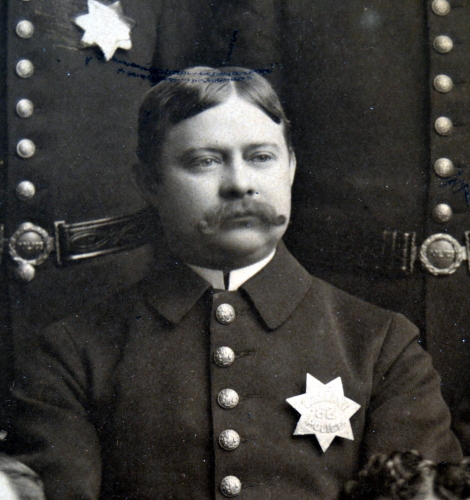 Badge makers, cops and collectors have always referred to large star badges over 3” tall as “Pie Plates”.  Probably best known for wearing pie plates is the Chicago PD because they are still wearing them today. 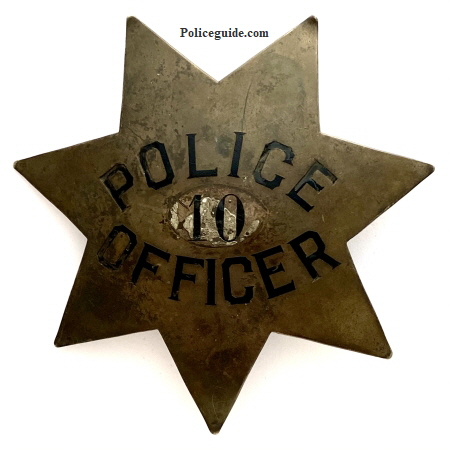 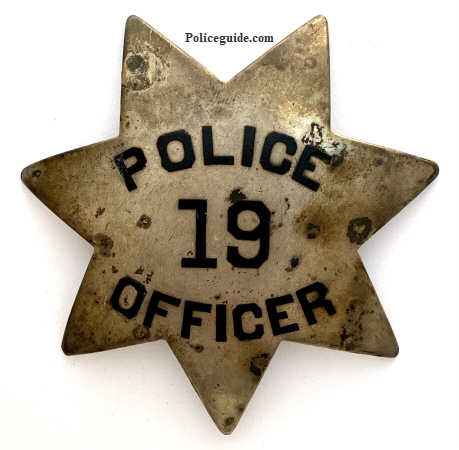 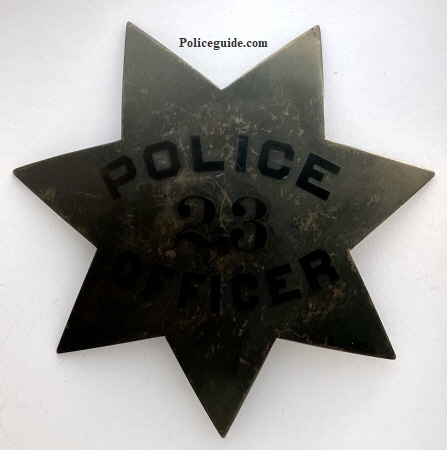 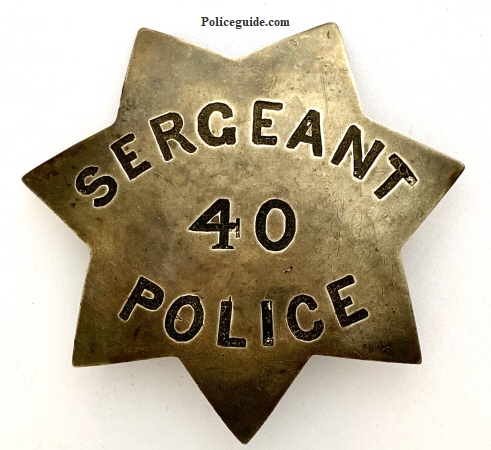 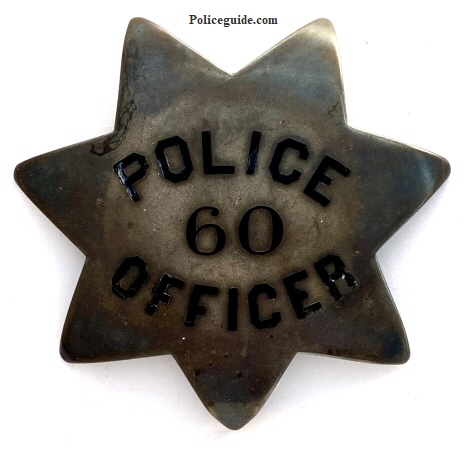 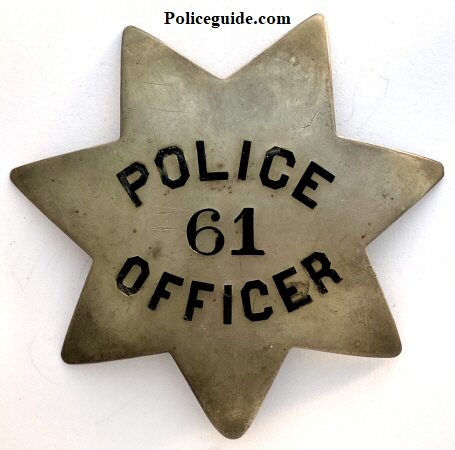 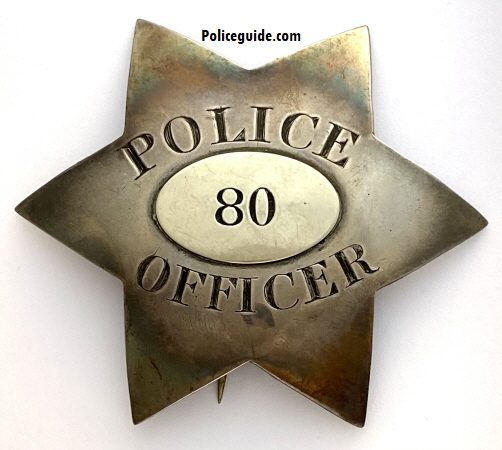 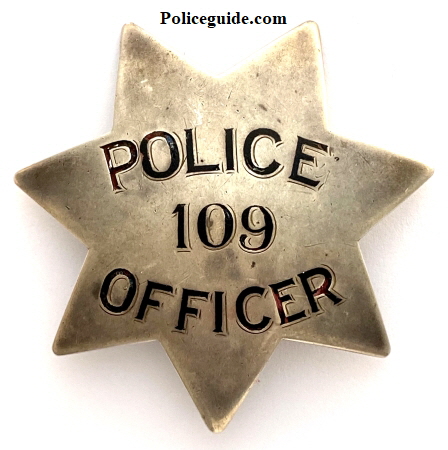 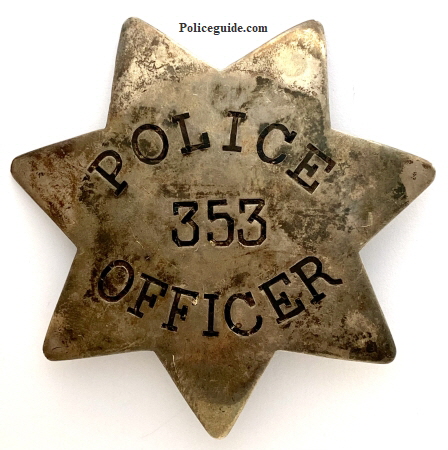 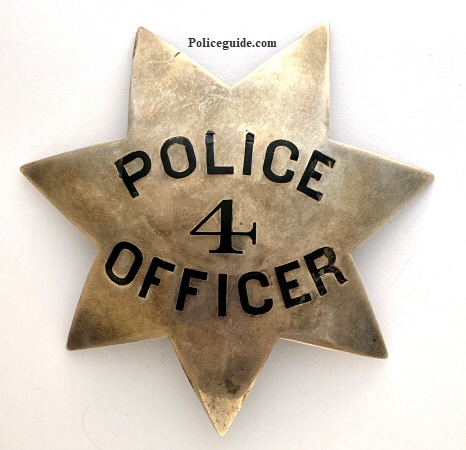 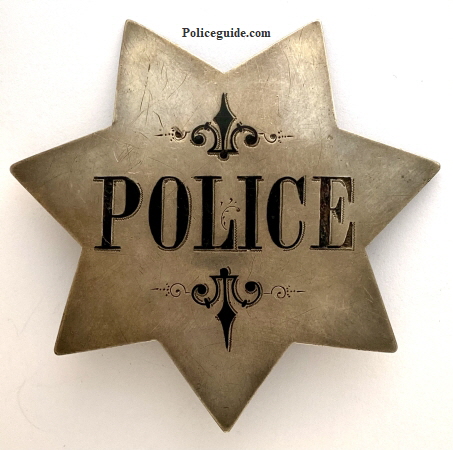 Ukiah Police badge #1.  3 1/2 tall and made by Moise Klinkner S.F. this badge was worn by Clyde Brewer when he was the only policeman in Ukiah. 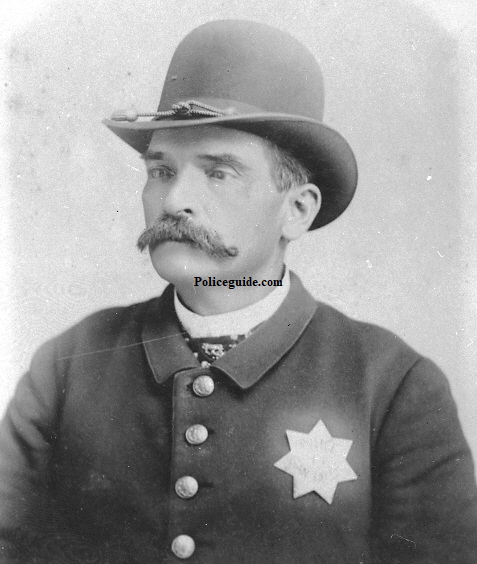 2nd issue San Jose Police badge.This huge pie plate style badge is sterling silver and at one time had a disc with a different number affixed over the original number 10.

Philip Edward Fraher’s San Francisco Police officer and Sergeant  badge #40.   This badge was first used as a police officer badge and when Fraher was promoted to Sergeant the badge was reversed and re-stamped.  The pin and catch would have been removed and attached to the new reverse side of the badge.  Fraher was born in 1866, a native son of California and was appointed a patrolman July 6, 1894.  He made Sergeant in 1904 and in 1914 Lieutenant.  He retired in August of 1921.

This 1st issue Alameda Police badge #15 is sterling silver and hallmarked by A. O. Gott Alameda, CA Jeweler and Optician. 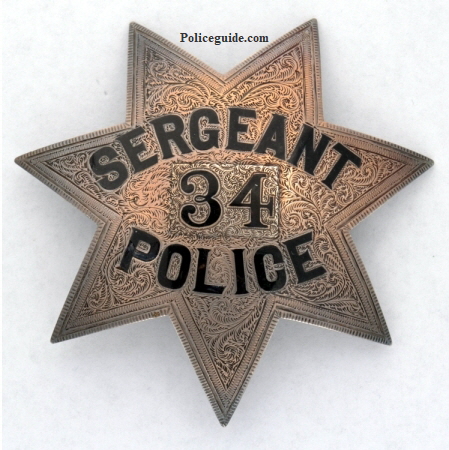 Presented to
J. E. Becker
By the Citizens of Brooklyn Township
Alameda Co. Cal.
In recognition of bravery shown in the performance of his duty
June, 20 1908.

John Edward Becker was born in 1867 and for many years resided on Crosby St. Alameda, CA.  He enjoyed police work and also worked as a Southern Pacific Railroad Officer.  He enlisted in the National Guard on Nov. 10, 1899 and was a Sergeant in  6th Infantry 3rd Brigade.  He died in Alameda on May 13, 1925 at age 58. 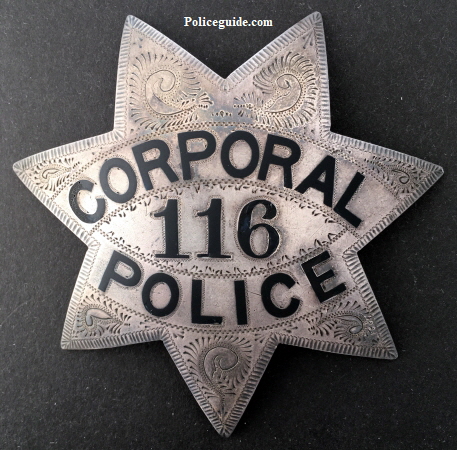 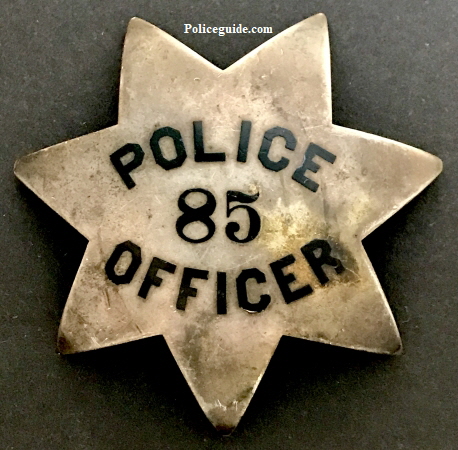 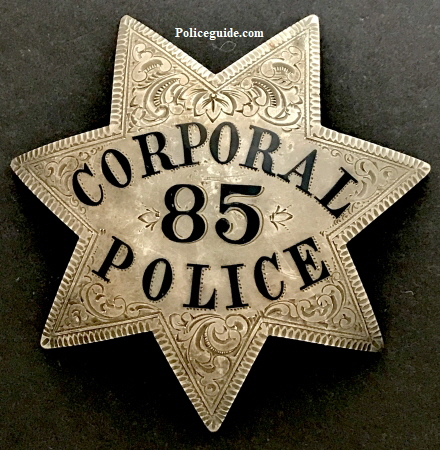